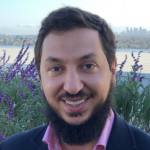 Emad Alashi is a software developer whose main interest is in software architecture, software delivery, the cloud, and the human interaction caught in between. He helps organisations adopt the cloud, embrace DevOps, and build modern systems that achieve the right business goals. Lately his interest has been focused on Event-Driven systems and Cloud-native Emad speaks regularly in conferences and user groups, including NDC Sydney, Microsoft Ignite Australia, and in local user groups and code camps like Vic.Net, Azure Meetup, Azure Bootcamps, and Alt.Net in Melbourne Australia. He posts to his blog on emadashi.com, and sometimes stream on Twitch at https://twitch.com/emadashi. Emad, and currently works as a Principal Consultant in Insight, and can be found on twitter @emadashi.